An international investigation in which the Higher Council for Scientific Research (CSIC) has participated has discovered the transcription factor that regulates the development of the chloroplast in the fruit of the tomato (Solanum lycopersicum). The results of the study could affect the future of crops of this fruit. The work, in which scientists from different countries have participated, appears published in the journal Science.

The study identifies the gene responsible for the mutation, it is ‘u’, which produces uniformly ripe tomatoes, and reveals why its introduction could have negatively affected the quality of the fruit. In addition,the article shows a way to improve the quality of tomato fruit by acting on the GLK genes.

Antonio Granell, CSIC researcher at the Institute of Molecular and Cellular Biology of Plants, a mixed center of the CSIC and the Polytechnic University of Valencia, explains that “most of the tomato varieties that are marketed carry a mutation that provides uniform ripening ”.

“Originally, wild tomatoes acquired their characteristic red color during ripening, but retained a green hue in the area of ​​the sepals due to less exposure to light, sometimes until advanced stages of ripening. This is an undesirable characteristic, as it increases the chances that the skin of the fruit will crack. Thus, in the 1950s the ‘u’ mutation was introduced, which provides uniformly ripe, completely red and very attractive fruits“, Granell details.

Researchers have shown that uniformly ripening ‘u’ fruits carry a mutation that prevents the full protein encoded by the GLK gene from being produced, so it cannot perform its intended function. This function affects the chloroplasts of the fruit where the synthesis of sugars occurs through the process of photosynthesis. The study shows that most of the cultivated tomatoes have a GLK2 gene that is not functional because it is mutated and that produces fruits where the sugars are below the level they should have.

Granell adds that “the analysis of gene expression carried out in our laboratory has allowed us to identify the activation of a large number of genes involved in morphogenesis, as well as chloroplast functions in the fruits of plants with activated GLKs. Identifying that it is possible to improve the content of sugars and lycopene by acting at the level of the GLK genes, opens up a new path for us to produce higher quality fruits”. 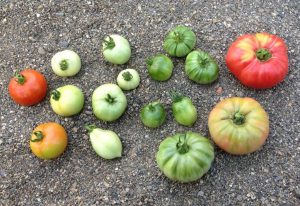 Researchers have discovered the transcription factor that regulates tomato chloroplast development and eventually fruit quality. The study, published in the journal ‘Science’, indicates that a 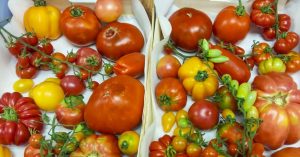 It is coordinated by the researcher Antonio Granell, from the Plant Molecular and Cellular Biology Institute, and has a total budget of 8.07 million euros.